Sixty-one percent of Americans believe other versions, rather than the official story, about the assassination of former president John F. Kennedy. Five years after the 9/11 attacks, one in three Americans believed the U.S. was either responsible for the attacks or had knowledge of them and did nothing. Seventy-six percent of Russians don’t believe Americans ever landed on the moon — that is, if you can trust these polls.

Uncertainty about what to believe seems to be increasing as many people, especially Christians, have lost trust with the news media. As a result, many Christians are gravitating toward alternative news sources, and some of these are rife with conspiracy theories. This article will explore the nature and fruit of conspiracy theories and how Christians should respond to them.

What Is a Conspiracy Theory?

A conspiracy theory is, “a theory that explains an event or set of circumstances as the result of a secret plot by usually powerful conspirators.” A theory is an unproven idea that can be plausible, depending on the weight of the evidence.

Rather than gullibility, as some are alleging, there are a number of possible reasons why many Christians are inclined to believe in conspiracy theories. First of all, the Bible teaches that Satan is the god of this world (2 Corinthians 4:4) and his strategies are cloaked in secrecy. Also, humans are born in sin and capable of incredible evil (Matthew 15:19).

Further, anyone interested in history is aware that numerous conspiracies have been carried out. Christians also try to remain alert to any evidence of abuse or oppression since horrendous secret crimes have occurred right in the middle of neighborhoods.

There is absolutely no question that conspiracies are real and occurring. However, there is wisdom in the old saying “A lie can travel around the world and back again while the truth is lacing up its boots.”

Are Conspiracy Theories on the Rise?

Historical data on conspiracy theories is very limited and has only recently become a focus of research, but reports indicate they have been rampant for at least the past hundred years. As Scripture says, “there is nothing new under the sun” (Ecclesiastes 1:9).

As society becomes more and more polarized, political allegiances threaten the unity of the church. There are many ways this has played out recently, but one example has been the controversy over masks.

What Does the Bible Say about Conspiracy Theories?

There are several principles from Scripture that can help Christians respond in a biblical way to conspiracy theories.

In the Evangelical Commentary on the Bible, Walter Elwell comments on this passage, “Isaiah is warned not to identify with the secular values of his contemporaries (Isaiah 8:11-15). Those who follow the Lord are not to give in to the prevailing political and economic winds of their age. Isaiah reminds us to look at the world from God’s perspective: the world is under his judgment and the Lord himself should be the object of our fear.”

2. Avoid slander and gossip. Because conspiracy theories usually cannot be proven, they are, by their very nature, often guilty of slander and gossip. These sins are included in the list of unrighteous thoughts and actions that are deserving of God’s eternal judgment (Romans 1:29-30). Proverbs says whoever “spreads slander is a fool” (Proverbs 10:18). Peter said to get rid of “slander of every kind” (1 Peter 2:1).

Paul urged gossipers to seek employment (2 Thessalonians 3:12), but in our culture, people can literally make a living by spreading slander and gossip online. Those with wild imaginations and a YouTube account can easily find an audience for their latest rumor about someone famous.

Scripture commands Christians to mind their own business (1 Thessalonians 4:11), “keep away” from people like this (2 Thessalonians 3:6), and “refuse foolish and ignorant speculations, knowing that they produce quarrels” (2 Timothy 2:23, NASB).

3. Meditate on God’s truth. Philippians 4:8 gives instructions for the kind of content that should prevail in the thought-life of the believer: “Whatever is true, whatever is noble, whatever is right, whatever is pure, whatever is lovely, whatever is admirable — if anything is excellent or praiseworthy — think about such things.”

We are also taught to “take captive every thought to make it obedient to Christ” (2 Corinthians 10:5) and to “stand firm then, with the belt of truth buckled around your waist (Ephesians 6:14). When we allow ourselves to ruminate on unverified speculations, our minds can quickly degenerate into a dark space, potentially becoming a tool of the enemy.

Joe Carter writes, “Many modern conspiracies being spread by Christians were concocted by alt-right occultists, New Age pagans, or some other group dedicated to anti-Christian esotericism. Ultimately, though, all slanderous conspiracy theories originate from Satan. If we are a people filled with the Spirit of truth (John 14:17), we won’t spread messages from the father of lies (John 8:44).”

4. Obey God’s commands. Dru Johnson, who has written on the topic of conspiracy theories, says there is a “soft Gnosticism that goes on with conspiracy theories, where we just want to know because we think knowledge is power in and of itself. But scripture would say doing what God has commanded is actually the power part.”

Two clear commands are to love our neighbor (Mark 12:31) and submit to authority (Titus 3:1-2; Romans 13:1-7), and yet some Christians are tempted to disobey these due to their belief in conspiracy theories. Of course, if the authorities tell us to do something that violates one of God’s commands, then “we must obey God rather than men” (Acts 5:29, ESV) and endure persecution for the sake of Christ.

But there are no other rights for those who have been called to live as though they are “not of this world” (John 18:36; John 17:14-16). Christians are commanded to give up everything, including the comforts of this world, to follow Christ (Luke 14:33). We imitate him by showing to the world “the most excellent way” of sacrificial love (1 Corinthians 12:31-13:7).

As Christians, who are called to be representatives of the one true God and the truth of his gospel, maintaining our credibility is crucial to our testimony. Many mistakes have been made throughout history when professing Christians made bold proclamations that turned out to be false. Some of these resulted in people becoming disillusioned and turning away from Christ completely.

Ed Stetzer warns that by sharing unproven conspiracy theories, Christians can be guilty of bearing false witness. He writes, “We believe Christ resurrected and He’s coming again. We believe that none of this is myth, rumor, or groundless belief. We believe in a God who is truth itself.

When we bear false witness, we establish a reputation for blindly succumbing to unverifiable or groundless stories. How can we effectively witness when we have negligently borne false witness? How can we then claim to be the body of truth itself? When we spread conspiracy theories and fake news, we discredit ourselves, and we allow the gospel to be discredited as well.”

Andrew MacDonald says, “Christians need to recognize that they cannot separate their Christian witness from their political posts.” He encourages Christians to evaluate whether Christ is truly Lord of their social media. “How we speak to one another, the kinds of stories we elevate, and the language we choose all flow out of this question of lordship.” He encourages believers to ask God for wisdom (James 1:5) about what to read and what to post. “If you are struggling to know who to listen to, start with prayer.”

Christians have an incredible opportunity right now to show a different way to our polarized society. We have the Holy Spirit to help us maintain our unity (Ephesians 4:3) in the midst of our differing opinions. Let’s unite together in spreading God’s truth, not rumors! 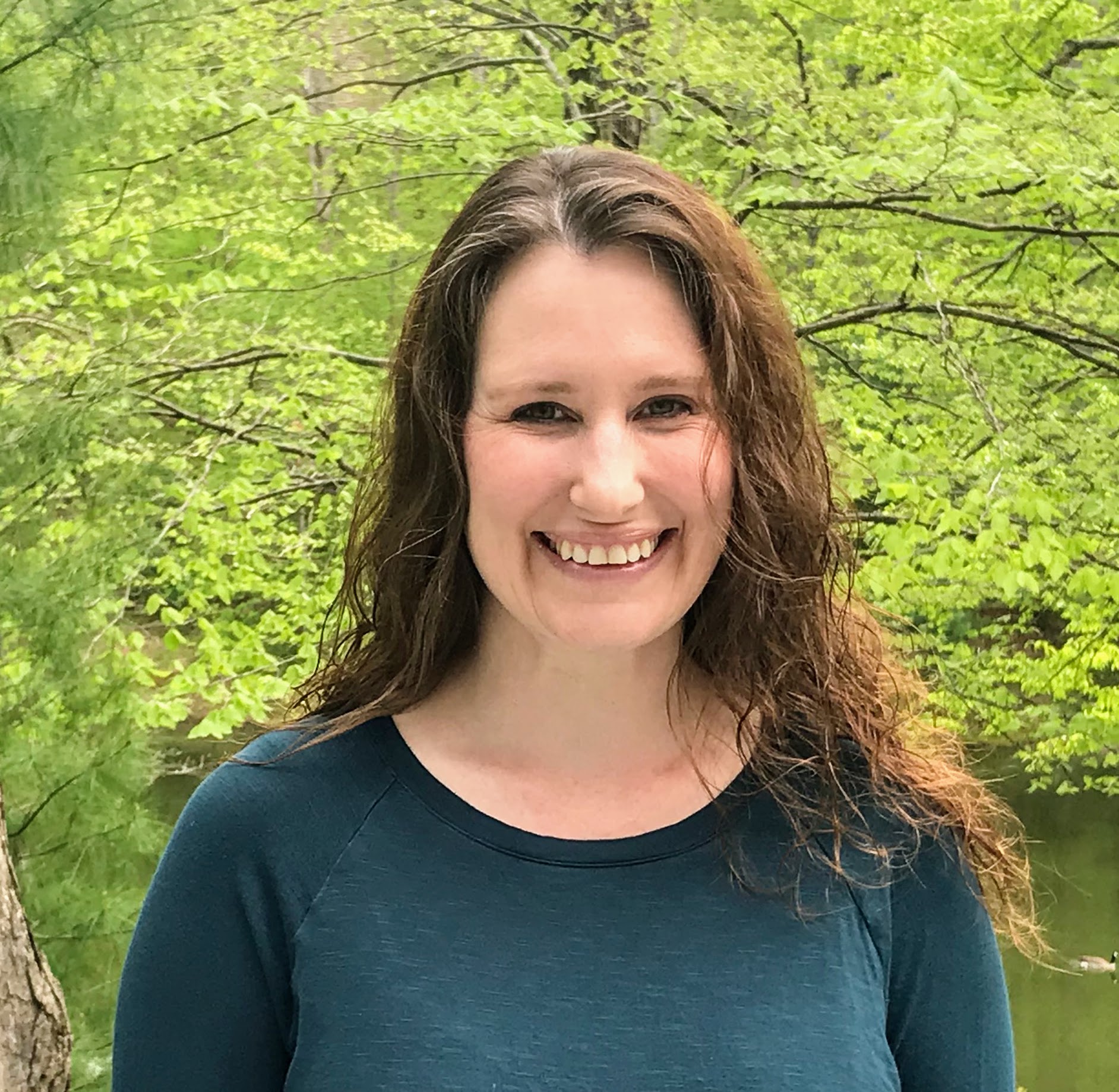 Jessica Miller is the pastor’s wife and outreach director at Bean Blossom Community Church in Indiana, where she loves serving the Lord together with her husband, Jeff. Prior to marriage, her perspective on life was radically altered while living as a single woman in the Middle East. She is passionate about growing in her relationship with the Lord and pointing others to the truth. Her degrees are in biblical studies and counseling and she carries a special passion for cross-cultural ministries. She enjoys learning, traveling, and creating. She tweets and blogs from time to time.

This content first appeared on Christianity.com and is used here with permission. To view the original visit: https://www.christianity.com/wiki/christian-life/how-should-christians-respond-to-conspiracy-theories.html

A Prayer to be Unshakeable - Your Daily Prayer - September 26