Artemis Fowl is a brilliant, wise-cracking 12-year-old boy who always has been ahead of his peers.

He’s smart and a little eccentric, yes, but his widower father is, too.

Artemis Fowl Sr. is an antique dealer who also has a passion for Irish fairy tales. He travels around the world often, rarely taking his son with him but always returning home to teach him everything there is to know – including everything about fairies from another world.

“You used to believe in magic,” the father tells the son.

Those days, though, are long gone. Artemis Jr., after all, is nearly a teenager.

But the boy’s beliefs about fairies are about to change.

His father is kidnapped, and a strange voice phones the boy, demanding he find something called the “aculos” to trade for his dad’s release.

Artemis Jr. then learns his father was a liaison between humans and fairies – and that the tales his father told him as a child were true.

It originally was scheduled to open in theaters, but the pandemic sent it straight to Disney’s streaming platform.

Here are four things parents should know about the film: 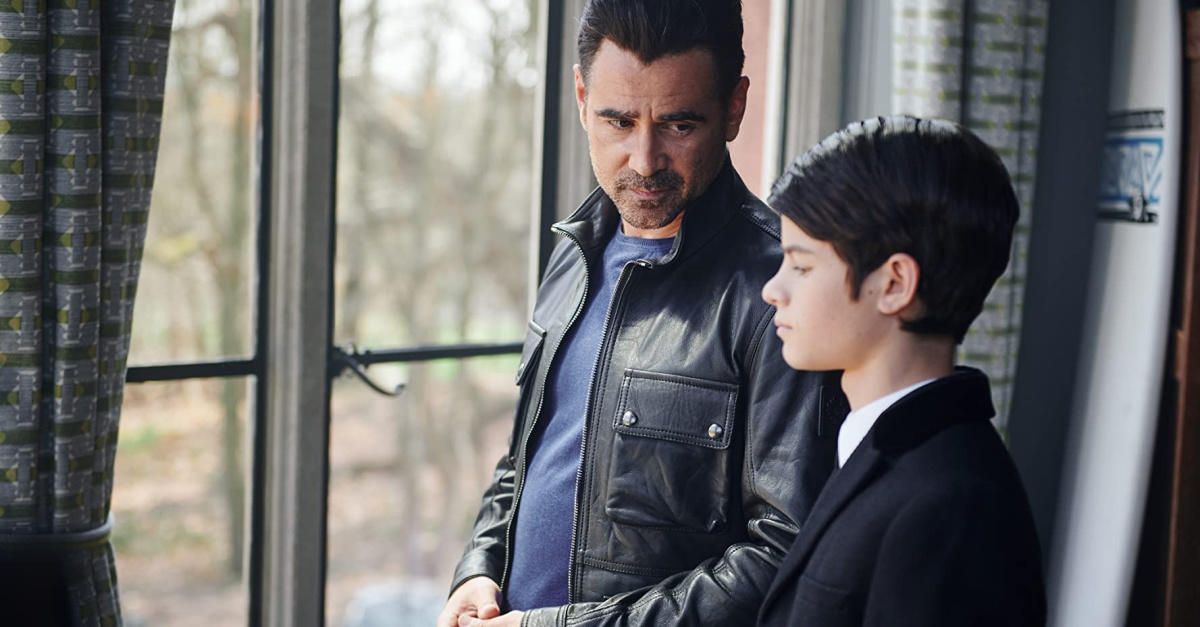 1. It's Based on a Popular Book Series

Irish author Eoin Colfer released the first Artemis Fowl book in 2001 and followed that with seven more in the series, ending with Artemis Fowl and the Last Guardian in 2012. The books have won multiple awards while selling more than 25 million copies. Colfer and his fans call the stories “Die Hard with fairies.”

The film is loosely based on the first two books but changes some key elements, including the role of Artemis’ mother. (The film opens with her having already died; in the books, she’s alive.) Additionally, Artemis is less villainous in the film than in the books. In fact, he has heroic qualities that children can emulate.

The movie’s ending sets up a sequel. 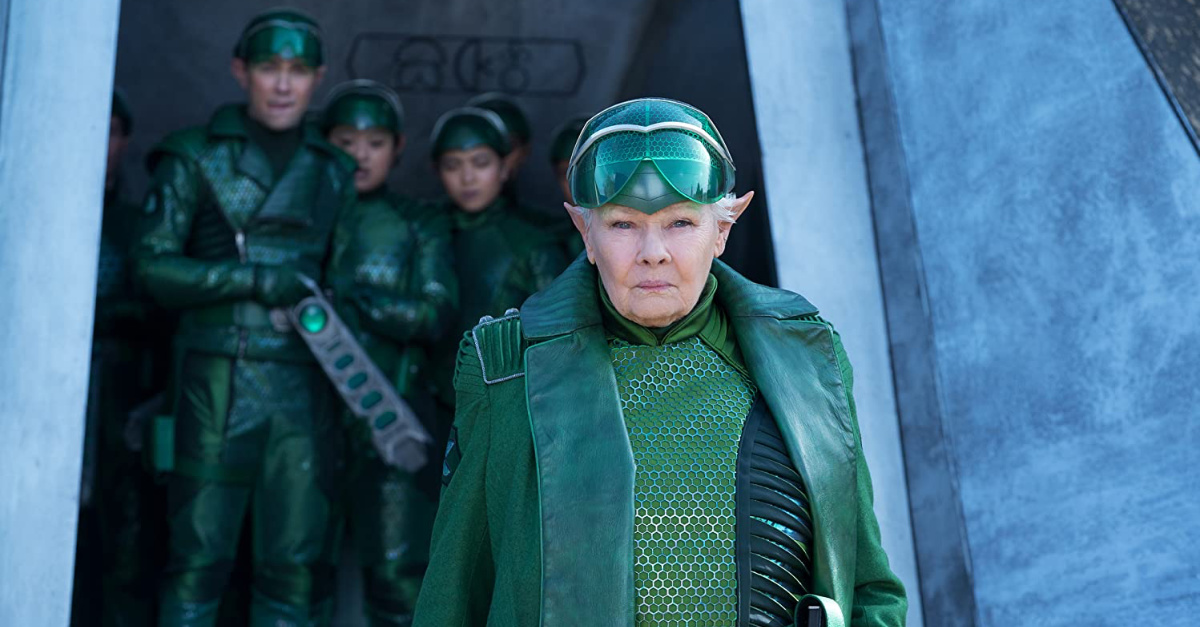 Artemis Fowl is a movie filled with leprechauns, goblins, trolls and fairies – lots of fairies. This other world exists at the center of the Earth, although the humans in the story don’t know it. Fairies, of course, are magical, with the ability to heal illness and erase a person’s memory. (Which the fairies do if a human spots them.) They’re faster than anything on Earth. They also live far longer than humans. (The oldest fairy in the film, Commander Root, is 803.)

Fairies also have the ability to freeze time to clean up messes, such as when a troll accidentally escapes to the surface and wreaks havoc on an outdoor wedding reception – which happens in the film.

Artemis’ father serves as an intermediary between the fairies and humans, protecting the fairies’ secrets while keeping their relics from falling into the wrong (and evil) hands. (Yes, there are bad fairies. As we’re told, Artemis’ dad makes sure “the fairy tales you tell your kids remain beautiful dreams and not living nightmares.”)

It isn’t until his father is kidnapped that Artemis learns about the real-world reality of fairies (thanks to his father’s assistant, Domovoi Butler, who helps introduce him to this other world). 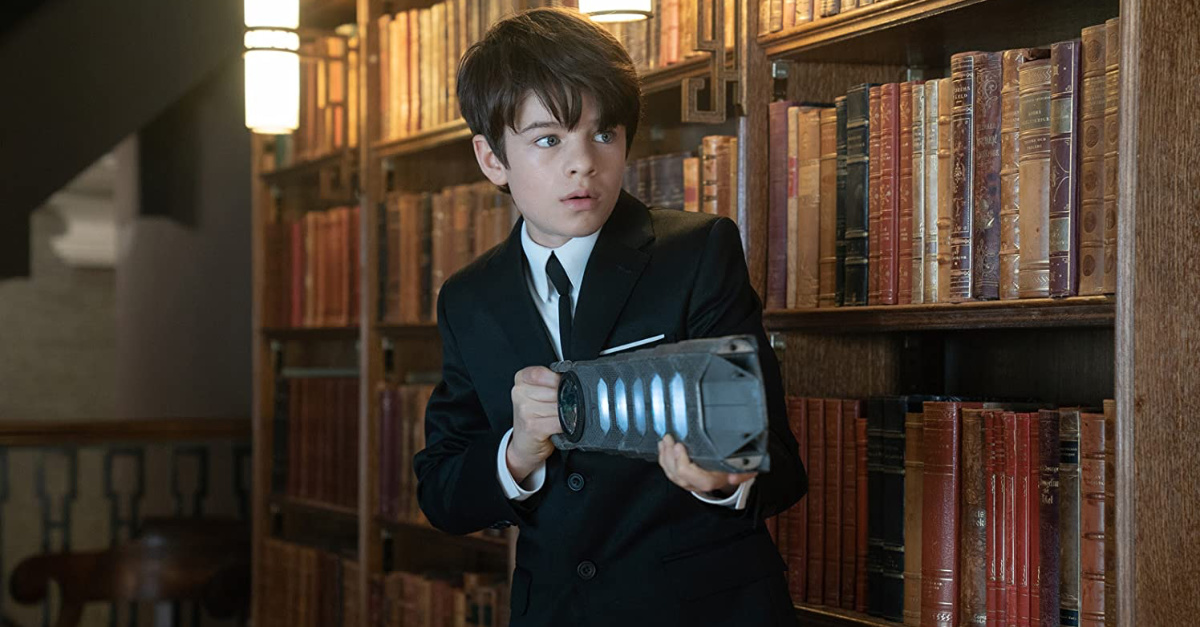 3. It's about Fatherhood, Friendship and Faith

For a fantasy film about fairies, Artemis Fowl has an abundance of down-to-earth lessons.

It teaches us about the importance of fathers (and parents in general) in the lives of children. (The thing Artemis liked most, we’re told, was “being at home with his dad.”) When his father goes missing, Artemis does anything necessary to track him down.

It teaches us to love those who look and act different from us. An evil fairy claims that “fairies and humans are incapable of friendship,” but Artemis and Holly Short quickly disprove that theory after they learn to trust each other. (It’s a message straight from the mouth of Jesus.)

It teaches us about second chances and the power of redemption.

Finally, it teaches us to believe in things beyond the material world. “Fairies are a myth,” Artemis says early in the film. Soon, though, he learns the truth. It’s a powerful parallel for children to our own world, where the spiritual realm is easily forgotten and the material realm is easily worshiped. (The 2016 film Pete’s Dragon has a similar message.)

The film also includes a famous Irish blessing (“May the road rise up to meet you …”), minus the last line that mentions God. (Instead of “May God hold you in the palm of His hand,” we hear, “May a friend be always near.”) 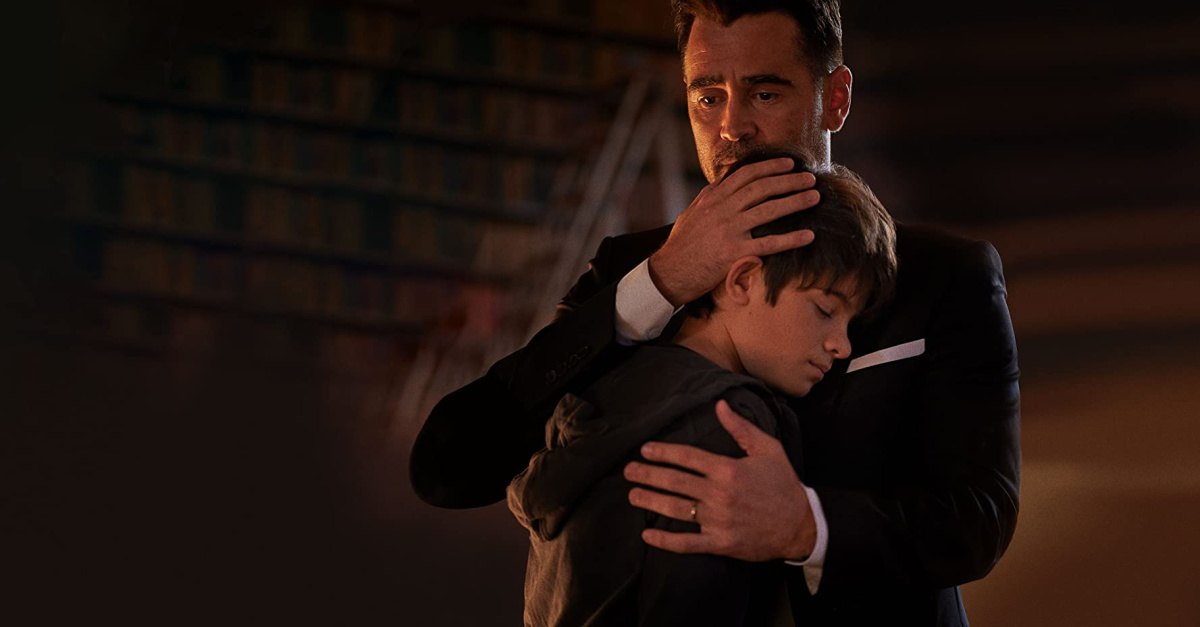 4. It's Family-Friendly (but Could Frighten Young Children)

I watched Artemis Fowl with my 12-year-old son. He loved it. But I probably won’t let my 4-year-old see it. It might give him nightmares.

Artemis Fowl is free of sexuality and language (minus an unfinished “son of a …” and a “get the four-leaf clover out of here”), yet it has a few violent and frightening elements that could scare young children. Two major characters are presumed dead. (In one instance, we watch the character slowly die.) A Jawa-like scary creature, with a creepy voice, holds Artemis’ father captive in a dark dungeon. Goblins – ugly creatures with wrinkled faces and long noses – are involved in several scenes. (They breathe balls of fire, although it’s played for laughs.) A giant troll attacks a wedding, and later, a mansion. The film ends with a giant battle involving lasers, hand-to-hand combat, and a giant troll on the loose.

Overall, Artemis Fowl is an entertaining-yet-average Disney film that children will enjoy. It’s better than the widely criticized Wrinkle In Time, even if it doesn’t have enough punch or plot to make you want to watch it again and again.

Artemis Fowl is rated PG for fantasy action/peril and some rude humor.

Entertainment: 3 out of 5 stars

Family-friendly rating: 4.5 out of 5 stars

Michael Foust has covered the intersection of faith and news for 20 years. His stories have appeared in Baptist Press, Christianity Today, The Christian Post, the Leaf-Chronicle, the Toronto Star and the Knoxville News-Sentinel.

This content first appeared on Crosswalk.com and is used here with permission. To view the original visit: https://www.crosswalk.com/culture/features/things-parents-should-know-about-disneys-artemis-fowl.html