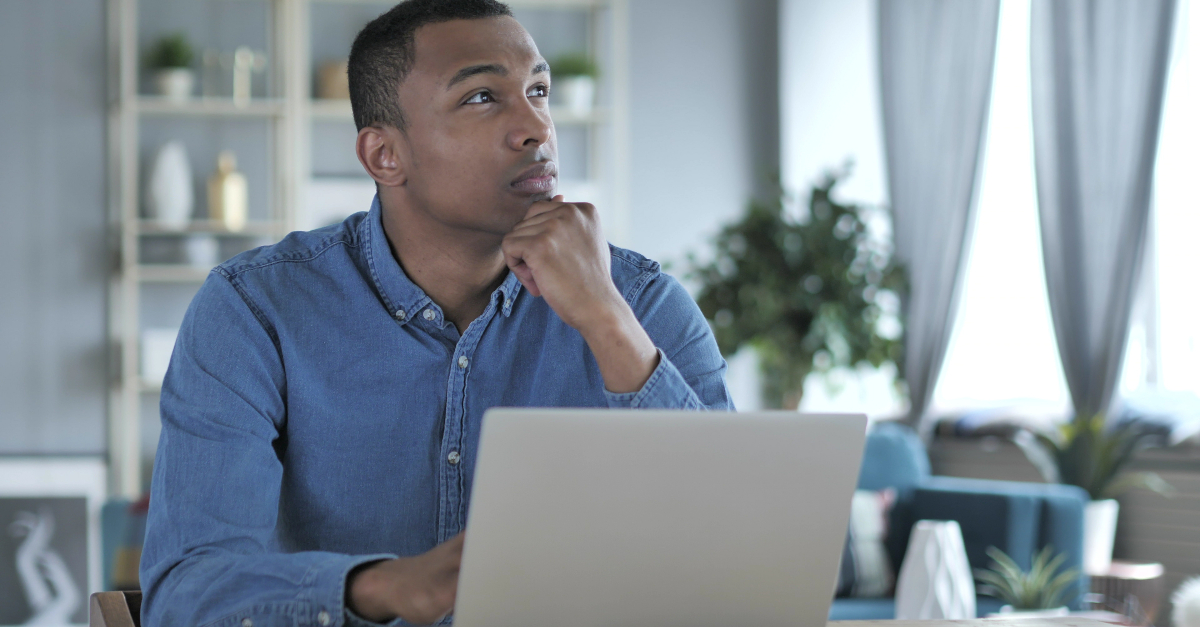 The pastor stands in the pulpit, clears his throat, and waits for the undivided attention of the congregation. His silence signals the membership that something big is up, that what the preacher is about to say will be long remembered.

He begins, “As most of you know, the local school board has decided that Gideons International will no longer be allowed to distribute New Testaments to the children in this district. This greatly concerns me. I will admit that I am angrier than I have been in a long time.”

Seated in his congregation are three of the six members of the local school board. As the preacher continues, they can feel all eyes turned in their direction. They become fidgety and wish the pastor would “just preach the Bible.”

In another community, the pastor announces his opposition to the United Way budget which devotes a portion of its income to Planned Parenthood. A few miles up the interstate, the pastor is wrestling with whether to speak out on corruption inside the police force.

Across town, a pastor wants to address the racial divide that is paralyzing this country. He has deep convictions and something to say. He’s been waiting for the Spirit’s leadership on when to preach on it and what to say. The time, he feels, is now.

These are major decisions leaders of the Lord’s churches must make. The stakes are high, the issues are important, and the ramifications may be severe. Going public on controversial matters can make or break a pastor’s ministry in a church.

Let’s remind ourselves that nowhere in scripture are we commanded to address every evil, take a stand against every wrong, or be the moral authority on every sin.

The pastor who attempts this will have time or energy for nothing else. He has to be selective and discerning, wise as a serpent and harmless as a dove.

Here are questions pastors should ask before taking a public stand on issues dividing the community.

1. Is there a clear word from scripture on this subject?

If the issue is honesty or integrity, faithfulness in marriage, or the welfare of a child, the lines are sharp and clear. However, the extent to which you speak out is another matter.

A politician is accused in the newspaper of putting his family on the payroll against the ethical code he had signed. That politician happens to be a regular member of your church. His children are active in the church’s youth program and his wife—the one he put on the payroll at a high salary—sings in the choir.

What to do? Answer: obey the law of love. Do the loving thing here.

2. What does the Holy Spirit inside you say?

That is NOT asking, pastor, whether you are concerned about the matter or feel deeply on certain issues. If you cannot tell whether the urge within you arises from your own convictions or from the Spirit of the Living God, then keep quiet until you can.

The best way to make a difficult situation worse is for a public figure (like yourself, minister of God) to pontificate on an issue in the flesh.

No one loves your congregation more than the Lord Himself. You can trust Him to lead you correctly and wisely.

3. Do you know what you are talking about?

A leader in our denomination was reprimanded by his own board of trustees for speaking out hastily and callously on the Trayvon Martin situation (in which a “neighborhood watch” man shot and killed young Martin who happened to be unarmed, was apparently unthreatening, and was black).

On his radio program, the leader attacked several well-known black spokesmen for turning everything into a racism issue, and seemingly dismissed the entire issue. Repercussions were immediate. The leader found out in a New York minute that his remarks were not well-received, that he was speaking from ignorance, and that he was doing more harm than good. Trustees demanded he apologize, then canceled his radio program and issued a formal reprimand.

Before taking a public stand, pastor, it’s a good idea to ask if you are well-informed.

Have you read the controversial book which you are considering giving a negative review from the pulpit?

Have you actually listened to the press interview given by the public figure which has enraged so many and about which you are planning to comment?

Have you seen the movie which you are close to condemning?

Do you know for certain if the charges against the public official are true?

Maybe not. But nothing holds the church up to ridicule faster than for its leaders to be revealed as ignorant of what they are condemning. (Or endorsing either, for that matter).

4. Will going public do more damage than good?

There is a time to speak and a time to remain silent (Ecclesiastes 3:7). Sometimes silence is golden and at other times, just plain yellow. The Lord will have to show you which is which.

Some pastors take pride in their perceptions of themselves as prophets who, like Amos of old, took no prisoners when it came to condemning sin. In one sermon, he said, “Woe to you cows of Bashan!” (Amos 4:1) Scholars agree he was addressing the wives of Samaria who lived in great luxury with no thoughts to the poor and needy.

Good thing Amos did not have to walk into the church board meeting the next day, where the enraged bulls of Bashan would have been to scorch his hide.

If addressing a wrong would cause more problems than it would solve, the pastor should move slowly and prayerfully.

Personally, I see no New Testament mandate for the pastor to be a sin-prospectoring prophet. The New Testament pastor is a shepherd of the Lord’s people, a bearer of good news (“gospel”), sent to bind up the broken-hearted and set the captives free.  Our role models are more Paul and Barnabas than Amos and Elijah.

5. What will going public cost you or the church?

If the return on your public announcement is slight but the cost is severe, this may be a good time to skip it.

As the new pastor of a church in suburban New Orleans, I was invited to be a last-minute replacement on a television panel discussing homosexuality. The makeup of the panel made it clear I was expected to be anti-gay.

The Lord’s Spirit within me said “No!” in no uncertain terms. I promptly and politely declined the invite.

The last thing I wanted or needed was to establish myself as some kind of authority or spokesman or activist on the homosexual lifestyle. As a new resident, I was uninformed of local issues that might be discussed, but more than that, I hoped to have a ministry to that segment of our community. The surest way to kill that possibility was to become known as a gay-basher.

As a young pastor, I was invited to join a panel at the local Baptist Student Union on the subject of “Is Mormonism Christian?” At the time, I had studied little on the subject and should have turned it down. Instead, without praying about it, I accepted and spoke out on matters of which I was ignorant. Later, I learned that the word had gotten out in the local Mormon community that I was hostile to them. That was a burden I could have lived without.

A couple of years later, when I tried to dialogue with a professor at the local college who was bringing Mormonism into the campus radio broadcasts, he opened the discussion with, “I’ve been expecting your call.” When I showed surprise, he said, “Your hostility toward our church is well-documented.”

6. What will be the gain if I go public?

What do I hope to accomplish by speaking out on this issue? If the answer is to vent my spleen—that is, to get something off my chest and ease my conscience—it would be best to skip this altogether.

Only if people are helped, the Lord is honored, and my church is strengthened. Only then should I go forward.

7. What will be the effect on my church?

The pastor is seen as the representative of the congregation, their public face, so to speak. He cannot take refuge in calling himself a private citizen who has the right to take a stand on anything regardless of its consequences upon the congregation.

Some years back, a neighboring pastor of mine made the front page of our newspaper. He was a member of a group protesting the conservative direction our denomination was taking. My friend was named as a leader and a board member of that fledgling movement.

He had not considered how this would be received by his church.

The board of his church was upset. In a quickly called meeting, they let the pastor know not everyone in his congregation agreed with his stance and his continued employment was in jeopardy.

When the pastor insisted that he was acting as a private citizen, not as the leader of their church, they reminded him that it was his name on the church sign out front, and that everything he did reflected on the congregation. He did not enjoy the luxury of being a “private citizen.”

8. What do your advisors say?

Every pastor should have two or three mentor-types whom he can call for advice and counsel. I’m happy to fill that role for several ministers. From time to time, they will call to say, “I’m thinking about doing such-and-such. What do you think?”

One texted last week asking me to look at the introduction of a sermon he was working on. I read it over, gave it some thought, and responded with a suggestion.

On several occasions when pastors have sought my response to something they were planning, I have replied sometimes with “Sounds great; go for it,” sometimes with “I suggest you give that more thought,” and once or twice with “Are you nuts?”

President Theodore Roosevelt used to have a pet dog that was always being beaten up by other dogs. A reporter asked him about that. “Your dog’s not much of a fighter, is he, Mister President?” Roosevelt replied, “Oh no, he’s a wonderful fighter! He’s just a poor judge of dogs.”

No one needs discernment—good judgment—more than the pastor of a local church. God help us all to get it right.

Joe McKeever has been a disciple of Jesus Christ more than 65 years, been preaching the gospel more than 55 years, and has been writing and cartooning for Christian publications more than 45 years. He blogs at www.joemckeever.com.

This content first appeared on Crosswalk.com and is used here with permission. To view the original visit: https://www.crosswalk.com/blogs/joe-mckeever/8-questions-a-pastor-should-ask-before-taking-a-public-stand.html

He created us for fellowship. He desires praise and prayer. He's absolutely listening.