Does your marriage need a recharge? Take a look!

When God calls me to something hard, or to make a drastic life-change, I want clear indications that I’m actually hearing from Him. I tell Him that, and I’m not being demanding nor does this come from a lack of faith. I trust His wisdom and guidance completely, but I don’t always trust my ability to hear and discern Him. And so, I ask for assurances, simultaneously deciding to obey however He leads while asking for the strength to do so.

I don’t believe God faults me for this. He’s so gentle, so loving and attentive, and He gives me what I need. In those moments of uncertainty, He assures me of His grace and reminds me of His power and plans. Sitting in His presence, surrounded by and filled with Him, enveloped in His love, all my questions tend to fade. Inspired by His mission and the honor of being used by Him, I find I don’t need to know every step. I only need to know He’s with me and that He’s got everything all figured out.

This is often how He prepares me–for the good, the bad, the difficult and painful, that lies ahead–not by reminding me of all I can or will or might do, but rather, of who He is. All-powerful, all-loving, all-knowing sovereign Lord.

That may have been, at least in part, why He revealed Himself in such a powerful way to His disciples in Matthew 17. Six days prior, He had shared some really hard and confusing news: He would be rejected by the religious elite and would ultimately be killed, but then, after three days, He’d rise from the dead. (Luke 9:22) And then, He basically told them that if they wanted to follow Him, they needed to be willing to suffer as well. (Luke 23).

Consider, this occurred during what appeared to be the height of Jesus’ ministry. Large crowds were following Him and He was gaining influence. And now, He was telling His disciples that He was going to die? That didn’t make sense! And it certainly wasn’t what they expected. They’d left everything–their jobs, their way of life, and any dreams they might have entertained prior–to follow Christ, likely envisioning something similar to the first century equivalent of Billy Graham revivals. Not suffering, rejection, and tombs.

Can you imagine what must’ve gone through their minds? The questions, confusion, and likely, inner turmoil. I don’t know if they began to doubt Jesus, that He truly was the long-promised Messiah, but I think I might have. I might even have felt a bit cheated. We can respond like that, can’t we? When ministry endeavors don’t go as we expect or whatever God has called us to feels more challenging and less glamorous or overtly fruitful than we’d anticipated?

And that’s when He reminds us, as He did with the disciples, that He is so much bigger than anything we encounter or do today.

As He did with the disciples. Scripture says, “​​2 There he was transfigured before them. His face shone like the sun, and his clothes became as white as the light. 3 Just then there appeared before them Moses and Elijah, talking with Jesus.” (Matthew 17:2-3, NIV).

Through that awe-inspiring display, I wonder if He was intentionally strengthening Peter’s, James’s, and John’s faith (Matthew 17:1-13). Was that why He allowed them to see His glory in a way no other human, not even Moses, had? Why He confirmed, with such vivid and irrefutable clarity, that He was the one the prophets (Elijah) spoke about, the fulfillment of the law (Moses)?

Through His transfiguration, Jesus made it clear, before His disciples saw Him hanging on the cross, mocked by those in power, that He was God’s Son, the Messiah.

Like I said earlier, I believe He lovingly prepares and assures us as well. He answers our questions, strengthens our hearts, and ignites our passions so that we can more boldly follow Him. Our callings? They won’t always be easy. Life this side of heaven rarely is. But we can hold tight to the same promise Christ gave His disciples, when He shined so brightly before them: His glory extends far beyond this severely broken world, and one day, we will be fully surrounded by His light.

In the meantime, like the disciples, we climb up on that mountain, that place where we can get alone with Him. Where we can sit in His presence and reflect on how vast and beyond comprehension our Savior is. And we realize, no matter what comes or what we might face, He is and always will be enough. Big enough, strong enough, present enough, and faithful enough to carry us through.

Let’s talk about this! When was the last time you pulled away to sit in God’s presence to catch a glimpse of who He fully is? How might taking time to do so help strengthen you for whatever He’s calling you to do?

Share your thoughts with us in the comments below, because we can all learn from and encourage one another.

Fun news, for those of you who are fiction lovers. My latest release has, well, released. :)

It's titled Chasing Her Dream: 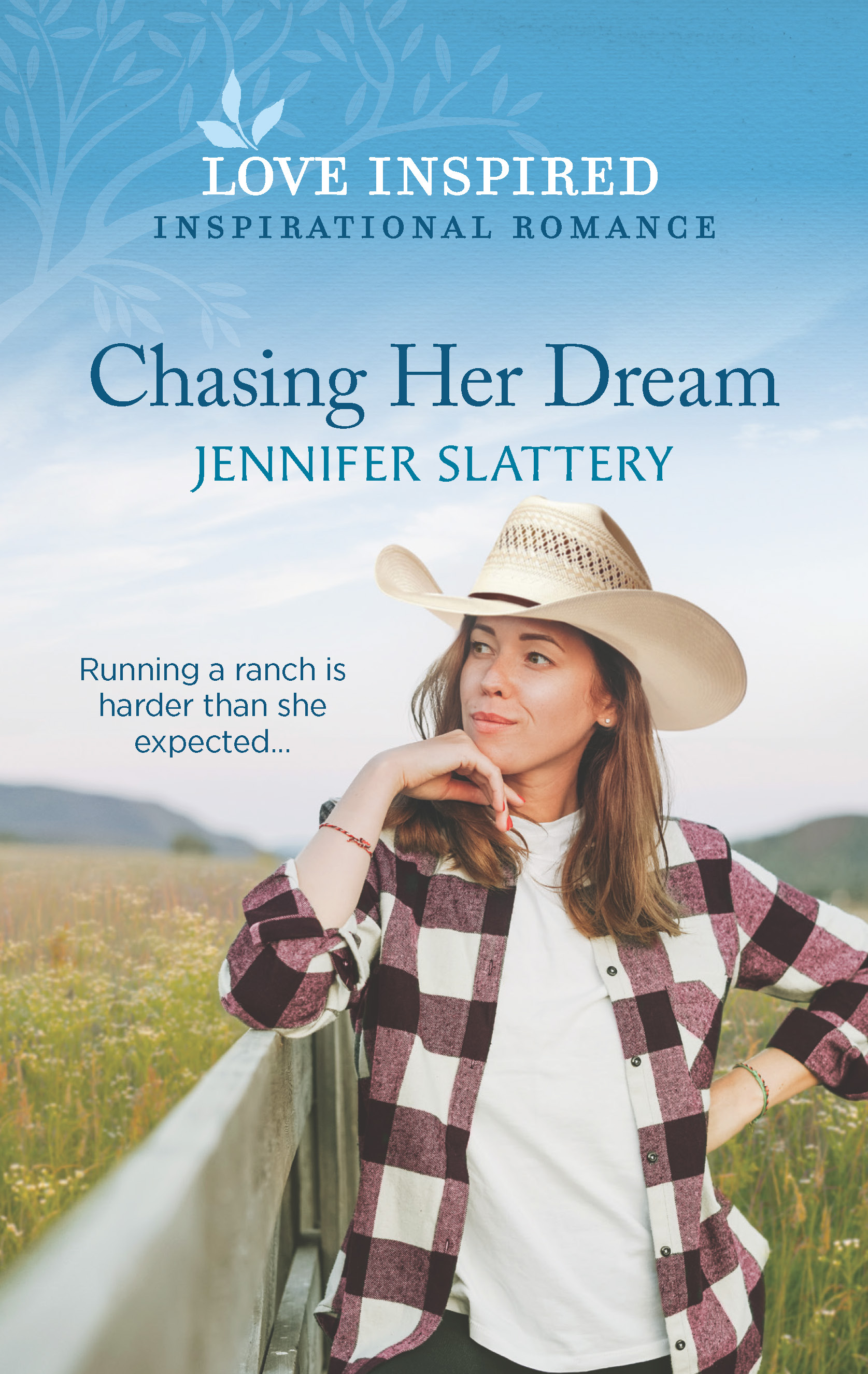 She needs his help…

But can she trust him again?

After she inherits her uncle’s mismanaged ranch, single mom Rheanna Stone’s not sure she can also handle saving abused horses from a nearby property. So when rancher Dave Brewster offers to stay in town to help, she can’t say no—even if he left her once before. As they grow closer, old secrets are uncovered…but can they heal past heartbreak to give themselves a new beginning?

From Love Inspired: Uplifting stories of faith, forgiveness and hope.

You can catch the next episode of the Faith Over Fear podcast HERE.

Jennifer Slattery is a writer and speaker who hosts the Faith Over Fear podcast. She’s addressed women’s groups, Bible studies, and writers across the nation. She’s the author of Building a Family and numerous other titles and maintains a devotional blog at JenniferSlatteryLivesOutLoud.com.

As the founder of Wholly Loved Ministries, she’s passionate about helping women experience Christ’s freedom in all areas of their lives. Visit her online to learn more about her speaking or to book her for your next women’s event  and sign up for her free quarterly newsletter HERE  and make sure to connect with her on Facebook and Instagram.

This content first appeared on Crosswalk.com and is used here with permission. To view the original visit: https://www.crosswalk.com/blogs/jennifer-slattery/gods-glory-and-courage-for-whats-ahead.html